The Past Five Years: A Sliver of Hope for Disability Representation

Access a Large Print version of this article here

THE PAST FIVE YEARS: A SLIVER OF HOPE FOR DISABILITY REPRESENTATION

For decades, stories about disability on the silver screen have often been told without the contributions of disabled actors, crew members, or consultants. Before the 2010s, disabled audiences rarely saw themselves authentically represented on screen, instead, they witnessed the critical and commercial success of disabled roles played by non-disabled actors. There have been 59 actors nominated for an Academy Award for playing a disabled character, and 27 of them went on to win. In contrast, there has only ever been one disabled winner, and one Deaf winner in all of 93 years since the Oscars first began.

For many, disability is an identity beyond a medical diagnosis. There is no singular experience of disability, and so there should not be a singular expression of disability. The phrase “nothing about us without us” is often associated with advocacy for disability representation, as disabled people continue to fight relentlessly for the recognition of disabled talent. The consensus isn’t that disabled characters must be played by disabled people, but that the auditioning door shouldn’t be shut to talented disabled actors (of which there are plenty).

That said, the past five years or so has seen promising progress for authentic disability representation, with more and more disabled actors at the forefront of these stories. There’s been a shift in storytelling; disabled characters that break beyond the one-dimensional characterisations of pity, undesirability, or villainy. The last decade has seen more strong, gentle, daring, complicated, funny, and sexy disabled characters than ever before. People with disabilities are finally telling their own stories.

Here are four of the most groundbreaking depictions of disability from the last five years:

Crip Camp is a remarkable documentary regaling the stories of a rickety summer camp for disabled teenagers in Woodstock, New York. These campers catalysed the beginning of a revolutionary disability rights movement, carving a path for equal rights and policy changes for disabled Americans. The film focuses on the campers turned activists who fought for access and legislation, creating systematic change for disabled people across the United States. This documentary is intertwined with vintage footage and modern-day interviews, providing a detailed and layered timeline of the historic events that took place. Crip Camp is the education we all need. 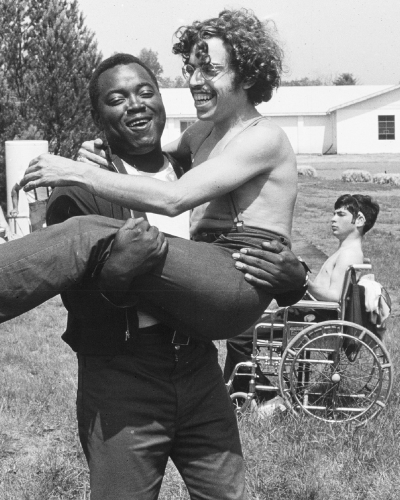 Krasinski’s critical and commercial success tells the story of a family living in a post-apocalyptic world overrun by blind extra-terrestrial creatures with heightened hearing. The family communicates using American Sign Language (ASL), a language they already knew before the apocalypse. The daughter of the family, Regan (Millicent Simmons), is Deaf herself and wears a cochlear implant. A Quiet Place is an atmospheric masterpiece, symbolising the empowerment of Deaf people through the evolutionary means of visual communication, which has driven the family’s survival. The film’s harnessing of elemental fears and tension has raised the bar for horror as a genre. Deafness, Deaf culture and deaf adaptations are perceived as solutions rather than burdens, shaping a new narrative for disability and Deaf representation within the genre of horror. 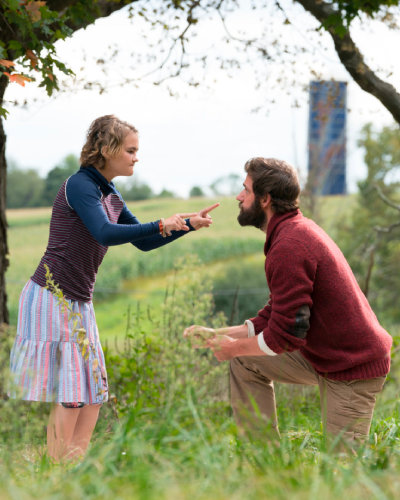 Savage’s 12-minute short film is an ambitious, but original insight into unexplored zombie territory. This film focuses on four narratives: two deaf women being taunted on the street; a deaf man accepting an award; a deaf lesbian couple arguing, and a deaf teenager being abused by her stepfather. An ominous sonic pulse infects the hearing population, catalysing a zombie apocalypse and threatening the survival of the film’s deaf characters. The sound editing is impressive, and the subtitling format in one particular scene is an imaginative interpretation of perspective that isn’t often seen on-screen. Savage’s short is a captivating snippet of an unconventional zombie story that brings Deaf talent and British Sign Language to the forefront. Although Dawn of the Deaf acts as a precursor more than a standalone film, it leaves audiences hungry for more. 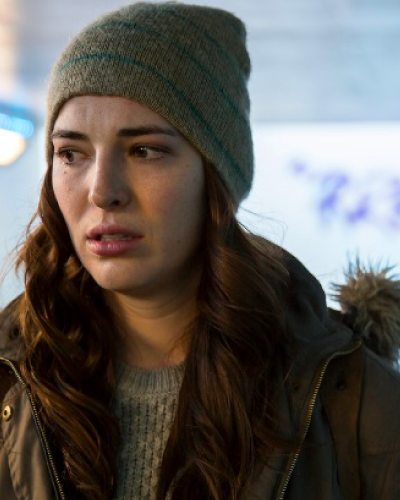 Pixar’s Loop is an animated short about Marcus and Renee, a chatty boy and an autistic non-verbal girl who learn to understand each other while canoeing. Featuring Pixar’s first non-verbal autistic character, this nine-minute short is a pivotal moment for autistic representation. Loop is built upon the concept of miscommunication, and the human need for connection, using visual means such as colour and lighting to capture and distinguish Renee’s perspective from Marcus’.  Most importantly, Renee is played by an autistic voice actor. This heartfelt film champions kindness and empathy, demonstrating that communication doesn’t have to come from spoken words. 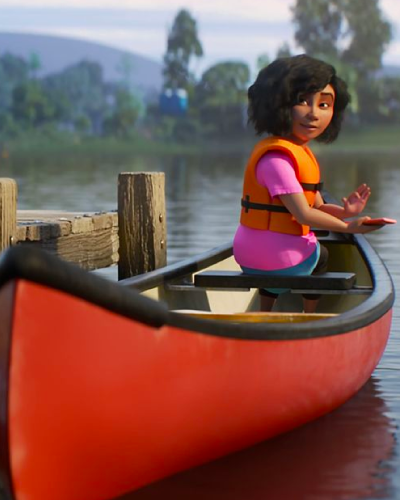