How The West Was Lost

How the West was Lost

The western is one of the pillars of the American film industry, a genre which contributed prolifically to The Golden Age of Hollywood, and gave us many of its greatest and most iconic images and performances. For decades on end, its esteem was such that there were few among Hollywood’s royalty who would not put their time and talent at its disposal. But when one compares the staggering volume of westerns made from, say, the 1930s to the 1960s to that of the last thirty years, we can chart a near total demise of the genre. Assuming for the sake of argument that the Oscars are a reliable measure of quality and acclaim, this dearth seems stranger yet when two westerns won both Best Picture and Best Director in recent memory. What is more bewildering still is that they won big in consecutive years: Dances With Wolves (1990) won seven Oscars in 1991, and Unforgiven (1992) won four in 1992. But we ought not to over-state the significance of this odd but meaningless coincidence. Even after these triumphs, there was nothing beckoning the genre back into the limelight, and no demand for a western renaissance. In fact, that it had not already crumbled completely owes a great deal to Clint Eastwood who had been fanning the flame, sometimes almost single-handedly, for nearly twenty years. But why did the western, formerly one of film’s most popular and reliable mainstays, decline so markedly that it was all but starved out of the industry? 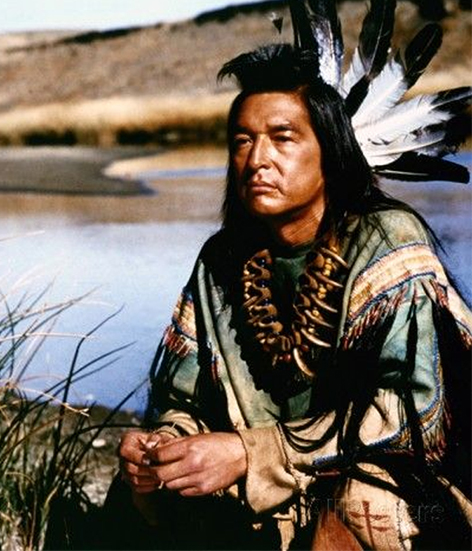 Even the most adoring devotee must admit that the western is an archaism. In literature it developed largely as a genre of sensational escapades, escapism and adventure, but in film, although shedding very little of the spirit of its forefathers, it was one of nostalgia, one which insisted upon the romantic lore of the frontier, and which pandered to similarly romantic (and highly-doctored) national memories. Needless to say, in doing so they flattered populist, all-American fantasies of discovery, conquest, and heroism.

But none of this explains the western’s withered appeal, especially when we remember that this template sustained it for the better part of five decades. This derives not from any virtues inherent in the genre itself, but from the fact that it clings to a formula, perhaps more tightly than any other. Generally speaking, westerns are prescriptive in their settings of time and place, costumes, characters and plots. Even the dialogue is usually distinguished by unmistakable ‘western’ jargon, and a great many actors have disgraced themselves attempting ‘western’ accents. True, they may be hampered by genre constraints, but at least there is not much room for things to go wrong. One would think even a sub-par creative ensemble could put together a competent, if undistinguished, piece of work, and perhaps even earn their own minor portrait in the western wing of cinema’s hall of fame. In the same token, audiences could feel in safe hands when watching a western, familiar with the premise and assured of the outcome. But it proved itself to be a genre bedevilled by its own trademarks: eventually, the essential ingredients in a universal recipe for success dulled everyone’s palette. Even to the connoisseur, doubtless it can sometimes be difficult to discern any brilliance at all through the abounding clichés and pastiche.

Although many great westerns, John Ford’s ‘Monument Valley’ films, for instance, Sergio Leone’s operatic Spaghetti Westerns, or late classics like The Magnificent Seven (1960) and Butch Cassidy and the Sundance Kid (1969), are fairly conservative in their choice of subjects, a heretical handful opted for a so-called ‘revisionist’ approach. A seminal example is A Man Called Horse (1970) which follows John Morgan, an idle, aristocratic Englishman who becomes enamoured with and later immersed in the culture and lifestyle he witnesses as the captive of a Native American tribe. Sweet Country (2017), a western set in the Australian Northern Territory during the 1920s, and a still gloomier critique of colonial racism, slavery and imperialism, is a more recent example. Both films are ‘revisionist’ in the broad sense that they debunk the archetypal settler/native conflict common to many, though not all, earlier westerns. They do not follow triumphalist narratives, and, as revisionist westerns tend to do, feature more graphic violence, certainly more so than the bloodless horse-chases and shoot-outs in films directed by Ford and Howard Hawks. Others, such as Pat Garrett and Billy the Kid (1973), Unforgiven, and The Assassination of Jesse James by the Coward Robert Ford (2007), target specific genre tropes, in their case expelling the myths of both the noble, invincible gunslinger and the heartless outlaw. Even speech is transformed in ‘revisionist’ westerns. Evasions, allusions and innuendos, the camouflage keeping the settler protagonists of earlier westerns honourable and admirable, are gradually muddied by flagrantly racist and boorish language. As they grew cruder, bloodier, dingier, and generally more realistic and sensitive to history, ‘revisionist’ westerns came to exemplify a genre judiciously trying to update itself.

But even then, it could not break its shackles. Landmark ‘revisionist’ westerns should be applauded, but despite their contributing an entirely new breed to the canon, the major problem facing the genre persisted. This can be deduced from the fact that the ‘revisionist’ western became a staple in itself. And like the archetypes of so-called Old Hollywood, it too became tired and worn. With this in mind, it should be pointed out that rather than expanding the genre as a whole, they simply swapped one set of criteria for another. If a western decided to adopt a ‘revisionist’ stand-point, it should now adhere to stipulations not only of which subjects and attitudes it ought to be ‘revising’, but of which conclusions it ought to be drawing from these ‘revisions’. In any case, that the western needed to be prompted to ‘revise’ itself in the first place, then re-design almost its entire genetic make-up as a result, illustrates that there were already terminal flaws.

It was Sam Peckinpah who ‘revised’ the western most incisively with The Wild Bunch (1969). He did not undermine it with a morality tale or a transformative fable. Nor did he invest in questions of historical injustice. Instead, Peckinpah ‘revised’ the genre by addressing the crisis itself.

Set shortly before the First World War, The Wild Bunch follows a group of aging bandits and outlaws desperate to secure one last haul before retiring into quietude and late-life prosperity. But they, like the whole western genre, have gracelessly persevered with the same way of life for decades longer than they should have. Having refused to acclimatise or evolve until too late in the day, baffled by the new world and hounded into notoriety, they now struggle on only out of stubbornness and desperation. 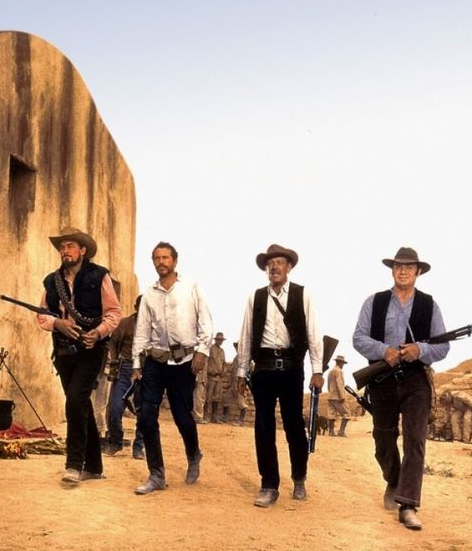 Their reaction to technology throughout the film is telling. A great hubbub is aroused by the appearance of a motor car. A single machine-gun is coveted almost as a doomsday device. The central set-piece is an agonising train heist, but that they spend the film travelling by horse is another sign that they have fallen far behind. While they discuss the prospect of a robbery, they are cautioned, “That damn railroad you’re talkin’ about sure ain’t gettin’ no easier.” “And you boys ain’t gettin’ any younger, either”, says Freddy Sykes, a veteran of the frontier era. Pike, leader of the Bunch, then concedes, “We gotta start thinking beyond our guns. Those days are closin’ fast.” The protagonists, like the film itself, acknowledge that their way of life is over, and that the progress they have ignored for years on end has made them relics. Rarely has a film exemplified the crisis threatening to extinguish its own genre so exactly.

Although I am a sucker for westerns, I do not live in denial. Having enjoyed their prolific heyday during the ‘40s and ‘50s, having eked out a smattering of valiant attempts at revival during the ‘60s and ‘70s, and despite braving a few air-brained ventures into other genres (El Topo (1970) for one, Wild Wild West (1999) for another), the western epic sadly ended by succumbing to the consequences of rarely doing anything wrong, that is, of sticking so closely to a formula that anyone could predict the results. And despite its belated attempts to reform, it slowly became lost in the wilderness without anyone wondering what became of it. As Peckinpah admitted in 1969, the only options the western left open to itself were obsolescence or death. Fearless to the last, it picked both.

Although, thanks to a handful of modern classics, while perhaps no more prolific than it was ten or fifteen, or even thirty years ago, the western is currently more credible as a genre than it has been in decades. But it is a long road back, and one fraught with danger, as they used to say. Indeed, some contemporary westerns seem to believe they cannot be attractive purely as westerns, lest they smack of novelty, lest they be snubbed and derided as antiques. Instead, they give in to one type of exhibitionism or another, one suspects at least in part to deflect undesirable associations with the westerns of old- the recent True History of the Kelly Gang (2019), for instance, often seems more preoccupied with technical acrobatics than with its characters. Such fears are not misplaced, but that the genre is now able to consistently harness big-backing and star power is enough to fuel the rumour that it might finally be well enough to embark on its slow return. It may even have found a flagship of sorts in The Revenant (2015). Although one should not presume out of hand that it capitalised on a resurgent demand for westerns- I doubt anyone bought their ticket because they had been longing for a miserable, grisly new one-hundred-and-fifty-minute frontier western whose characters spend most of their days and all their nights in brooding silence. Better westerns were made in the meantime, and better westerns have been made since, but The Revenant, another multiple Oscar-winner, unquestionably raised the genre to its highest profile since Dances With Wolves and Unforgiven won the industry’s most coveted prizes in the early ‘90s. Likely, you can tell from my tone that there are others which I would rather had lit the torch, films like Slow West (2015) and Hostiles (2017), but this genre cannot afford to turn its cheek to anything willing to help rescue it from its fate. Indeed, having been neglected for so long, I am sure it would be relieved to follow any light leading the way out of the wilderness.