Belmont's Sister Cinema in Edinburgh To Get A New Home?

Visionary eye on the world captured in bold new landmark project to deliver the future of Filmhouse, home to Edinburgh International Film Festival 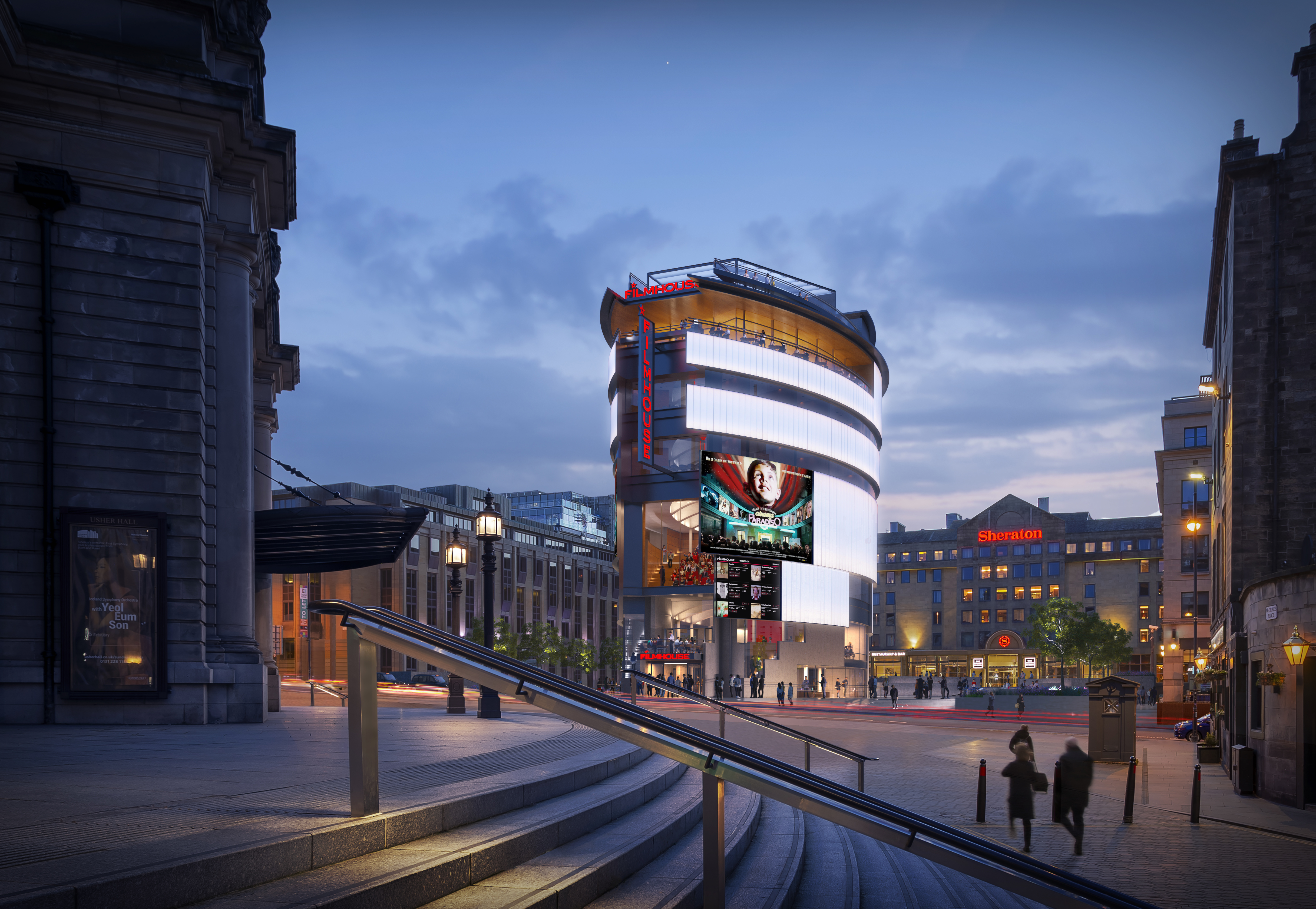 Our sister cinema  - Filmhouse in Edinburgh, home to the Edinburgh International Film Festival is delighted to reveal a bold new vision to create an internationally significant, fully accessible and environmentally sustainable landmark home for film and screen culture in Edinburgh.  It will provide unrivalled spaces and facilities for everyone to watch film, to make film and to learn about film and filmmaking in all its diversity.

The planned new Filmhouse building has been designed by award-winning Edinburgh based Richard Murphy Architects and will significantly improve and increase the quality and quantity of spaces available to and needed by Filmhouse and EIFF for their audiences, customers, participants and industry partners. It will create a hub for Edinburgh’s film and broader cultural community to base themselves in, and be a focal point for Edinburgh’s citizens to learn about film.

Audiences have made it clear what they value and these have been built into the design: location, atmosphere, diversity of programme, education and learning activities, great locally sourced food and drink in the Café Bar, and a safe and comfortable space for people to gather. Most importantly, these will all be delivered to contemporary standards of access and comfort.

Filmhouse has been at the centre of Edinburgh’s cultural landscape for more than 40 years. As well as a year-round programme of inspiring films, creative learning, special events and partnership working, Filmhouse is home to the Edinburgh International Film Festival (EIFF), hosts more than 20 other film festivals, and plays a key role in promoting a vibrant and successful film and moving image industry and culture across Scotland.  The new building will secure Filmhouse’s future for generations to come.

The new Filmhouse will:

The oculus design reflects the eye on the world that Filmhouse, EIFF and the myriad of festivals, events and learning opportunities in the building will provide, whilst also providing a striking addition to Edinburgh’s architectural landscape.

Its location in Festival Square is designed to be the catalyst that brings to life a currently underused public space and as part of the development would place a responsibility on Filmhouse to manage the curation of activity within the surrounding square.

The architect drawings and visualisations for the new Filmhouse give people a good idea of the thinking on the position and shape of the building, and the spaces it would contain, however the design is still in development.

Due to the significance of this project to Filmhouse and to Edinburgh, the project team are consulting as widely as possible on this proposal. The consultation stage will officially run for 12 weeks from 11th March to 3rd June.

Filmhouse are looking to engage with customers, partners, stakeholders including programming partners, creative learning partners and the Scottish film sector, community councils and councillors, and residents of Edinburgh to gauge support for the plans and further develop the designs before submitting a formal Planning Application to the City of Edinburgh Council during the summer.

Information on the proposed development including architect drawings and visualisations, the background to the development and FAQs will be available on the Filmhouse website. There will also be information and images on display at the Filmhouse including a scale model. People will be able to give feedback through a simple online survey through the Filmhouse and EIFF websites, through comment cards in the Filmhouse, and formally and informally at events, meetings and discussions with Filmhouse staff.

Three all-day (10am – 7pm) public consultation events will take place in Filmhouse on Sunday 29 March, Wednesday 1 April and Tuesday 28 April where members of the Filmhouse team, Richard Murphy Architects and Montagu Evans will be present to answer questions and collect feedback. There will be two Filmhouse Members’ Events for its more than 5,500 members on Sunday 29 March and Monday 6 April with opportunities for this key group of stakeholders to hear more and ask questions. An annual Programme Partners’ event in March gives the Filmhouse’s festival and cultural partners an opportunity to focus on this consultation and how they can engage with the proposed development. In addition, we will actively engage with a range of audiences, customers, interest groups and stakeholders, for example presenting information specifically to its Young Programmers and Senior Selections volunteers, and will invite people from organisations or networks representing special interests to attend individual or group meetings to have more focused discussions about the designs.

Full costing of the project will take place later in 2020 to coincide with the formal Planning Application, but the cost is currently estimated to be in the region of £50m.

An indicative timeline, contingent on the Planning Application decision and fundraising success, hopes to start work on the building in 2023 with it opening in 2025.

This project is led by CMI’s Board and Senior Management Team, with support from property consultancy Montagu Evans.

“This proposed new building will transform what we’re able to do for Edinburgh’s residents and Scotland’s film community, as well as providing Scotland with a physical celebration of the most popular artform.  Through doubling the number of screens and seats for regular cinema-goers, creating dedicated education and learning spaces, and developing an iconic festival centre, all within a fully accessible and carbon neutral building, this really is a 21stcentury temple for film.

“We are hugely excited about sharing this vision during the consultation period, and are looking forward to engaging with as many people as we can in helping us shape the future for Filmhouse and lovers of film.”

“These are very exciting times for Filmhouse – the opportunity to create a new home for film in Edinburgh, with a landmark building in the city centre.  This will provide a new state of the art home for Filmhouse and Edinburgh International Film Festival, but at its heart this is for the citizens of Edinburgh and Scotland and the entire film industry.  The building will retain the purpose, values and culture that has served us so well over many years but in a building that will take us forward for the next 50 years.  This will also allow us to continue the valuable work we do in the community and the development of talent for the Scottish film industry.  This is what makes us different and the new building will provide the facilities to grow and develop that work.”

For more information and to give feedback on the project, please visit www.filmhousecinema.com/future