Every year our sister cinema, Filmhouse in Edinburgh, hosts the Folk Film Gathering with film screenings incorporating an element of live, traditional arts performance. Due to the current closure of Filmhouse, we have asked the festival's founder and creator Jamie Chambers to tell us more about their online version of the festival and suggest a few of his own recommendations instead!

The 2020 Folk Film Gathering is taking place online – entirely for free – the weekend 29th-31st May. The festival’s theme is 'collectivity against the odds': exploring ways in which we might hold onto our sense of community when forced into ever greater levels of individualism - both by the pressures of the Covid-19 pandemic but also by wider, longer-term forces in society.

Join us over the course of the weekend where we will be screening a series of films (among them some Scottish and UK premieres), alongside Q+A and discussion sessions with the filmmakers, and performances from some of Scotland’s most celebrated folk musicians.

What can we do  – not only during the Covid-19 pandemic, but also once it is over - to stay connected, and to hold on to our sense of community? How can we hold onto a sense of collectivity, and prioritise the ties that bind us all together, rather than the forces pressurising us apart? 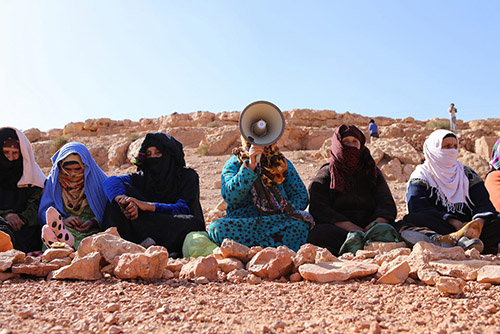 In 2011, the Amazigh community in Imider (southeastern Morocco) shut down the water pipeline to Africa’s biggest silver mine to stop it drying out their almond groves and destroying their oasis. Shot in close collaboration with the community eight years later, Nadir Bouhmouch’s contemplative, poetic documentary follows the villagers as they consider an ongoing resistance cobbled together from the few means at their disposal: songs, weekly assemblies, a flimsy camera, a film festival and endless ingenuity. 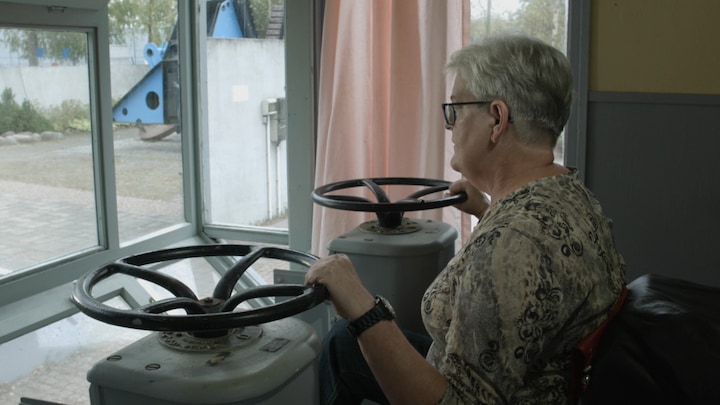 From Us To Me

In 1987 the Amber Collective were the only British film crew allowed into the GDR, to document the lives of a fishing co-operative and a Brigade of Women Crane Drivers in Rostock, East Germany. 36 years later, Amber returned to track down the individuals they had first met in 1987, to find out how their lives had changed in the years since. A unique, powerful documentary which troubles many of the assumptions we have about the fall of the Berlin wall, ‘From Us to Me’ explores some of the many stories of ‘Die Wende’ (the turn), of the changes experienced by ordinary people during the collapse of the GDR. What was gained and what was lost? 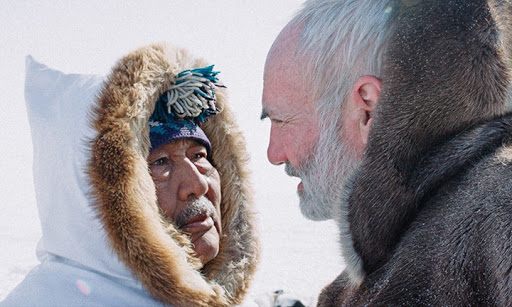 One Day in the Life of Noah Piugattuk

In Kapuivik, north Baffin Island, Noah Piugattuk (Apayata Kotierk)’s nomadic Inuit band live and hunt by dog team just as his ancestors did. When the white man known as Boss arrives at Piugattuk’s hunting camp, what appears as a chance meeting soon opens up the prospect of momentous change. One of the highlights of the 2019 Toronto Film Festival and co-starring Killing Eve’s Kim Bodnia, Zacharius Kunuk’s new film is another masterful, poetic account of the challenges confronting indigenous communities in resisting the encroachments of Western society.